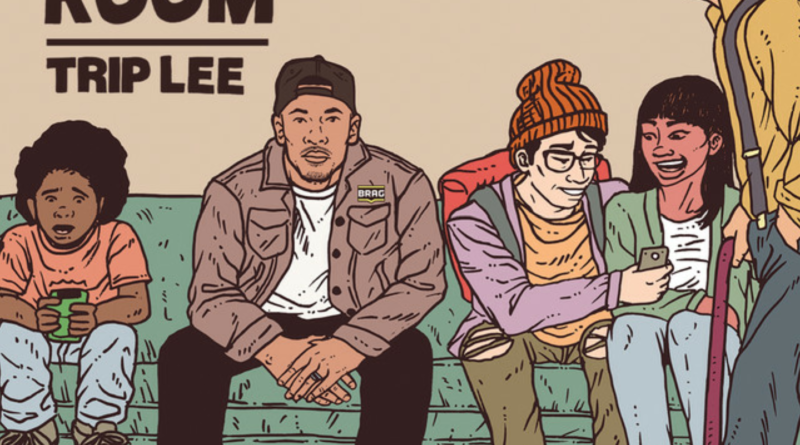 Evan: Trip Lee ended his 2 year absence from CHH to bring us “The Waiting Room”. Trip continues to drop his verses over trap heavy songs as well as slower, meaningful songs (such as ready and longer). The production is very solid throughout the project. But, “Rise” (his previous album) was definitely better in my opinion. Nonetheless, TWR is good. Trip talks a lot about struggles he, the church, African Americans, and rap artists face and all of which are problems that should be talked about, but nothing stands out. I appreciate the topics Trip discusses, however,  instead of building on the success of “Rise”, this mixtape feels like Trip has plateaued. Hopefully, he can have a bounce back project in the near future.

Nathan: When Rise came out in 2014, I was pleasantly surprised, it had top notch production and rapping. Since then I’ve been curious to see what Trip Lee would cook up next, and after a long wait, he’s back with his new mixtape, The Waiting Room. TWR has its flaws, but first I want to talk about what it does right. Upon first listen, none of his lyrics jumped out at me, but after taking some time with the mixtape I’ve been able to really appreciate them. Lyrically I really like what Trip went for here, he’s definitely stretching himself, take for example, Money Up, a song where Trip tells of the emptiness found in rapping for money in a role play format, the progression is really interesting in the song, and something I wouldn’t mind seeing more of in the future. He touches on some deep issues, such as pain, death, racism, and doubt. If you take some time to sit down and really take in what he is saying,  you will appreciate the mixtape alot more. Now for the flaws, my biggest problem with TWR is that it often feels lazy, the production has good moments, but it’s often repetitive and unoriginal, the hooks also feel lazy. After waiting so long for new music, I expected a more polished effort from Trip, and I really feel that TWR had a lot of potential, but Trip misses on the execution. In closing I’ll say that it’s still a solid mixtape, just don’t expect Rise, if you can appreciate lyrics and get past some of the laziness, you should be able to enjoy it.