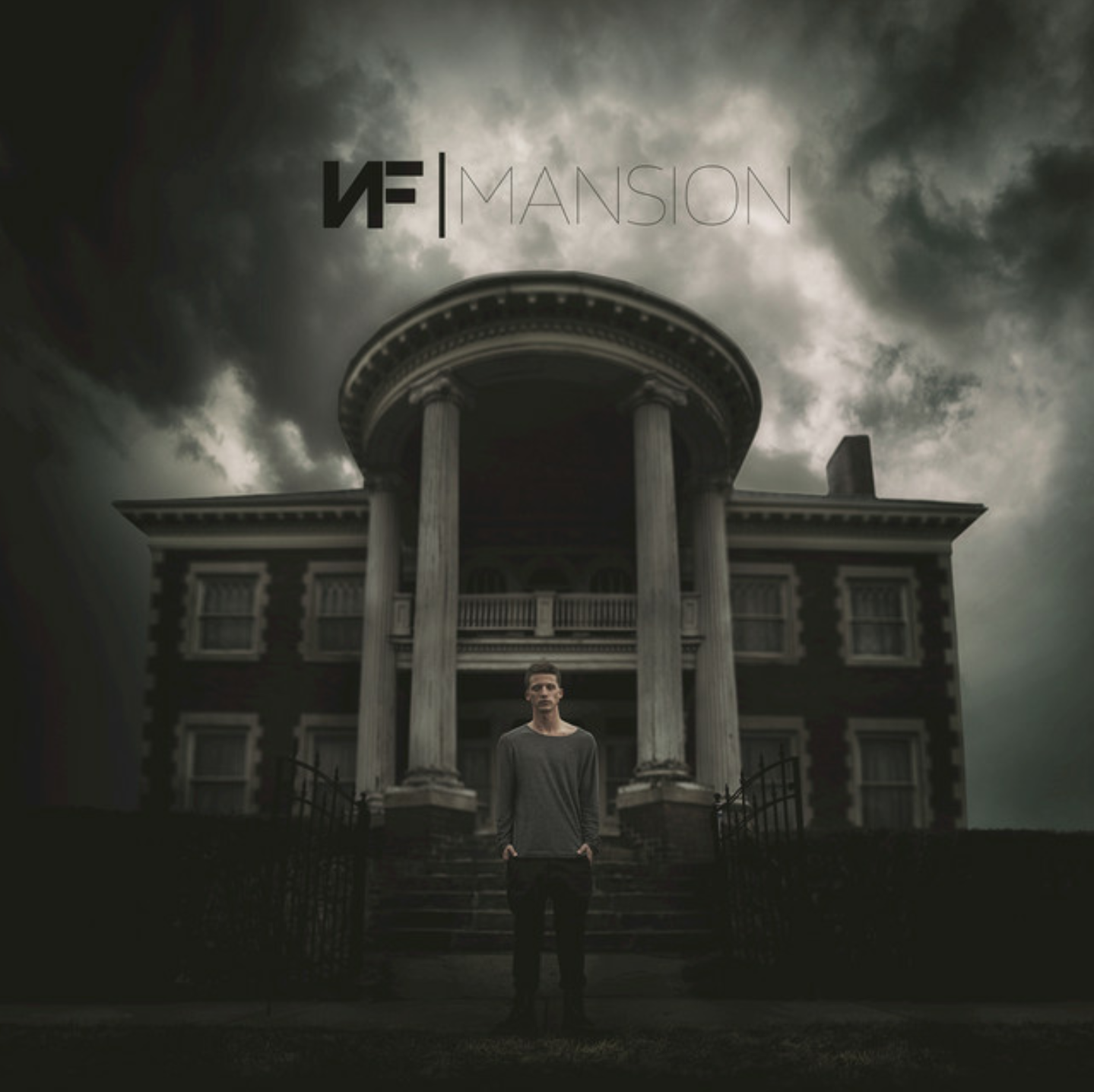 Nathan – I still remember when this song came out, it was NFs best work up to that point, and possibly still. The dark and ominous production matches NF’s aggressive lyrics and flow. Intro, was, ironically, Nf’s intro to the CHH spotlight, and it’s hard to find many flaws in it.

Evan – As a kick-off to an album Intro isn’t a bad one. NF sets the tone for the album and who he is as an artist with intense/dark production along with his speedy flow and an introduction to the realness of his lyrics.

Nathan – NF follows up his aggressive opening with an emotional track. Mansion takes us on a ride through NFs bitter past. A raw song that can be a  little hard to swallow, but you can only feel sorry for Nathan’s struggles.

Nathan – All I have continues the me against the world vibe that is starting to show in the album (don’t expect that theme to go away). A little bit of a slower intro, NF seems to miss the mark a little on this one.

Evan – Another good song lyrically, the production is pretty basic(even for this album),and repetative as is NF’s flow but its a solid song overall.

Nathan – Wait showcases NFs singing ability. A song about heartbreak and loss, Wait doesn’t do anything particularly new or special, but sometimes following the formula ends up fine, this song showcases that.

Evan – Yet another song where he only has one sub-par verse. He sings for the majority of this one over a good beat

Nathan – A song about emptiness, NF gives a wake up call to those of us who are just going through the motions and feel empty. The big problem with this song is he shows us a problem, but doesn’t do a very good job giving us an answer, which can leave the listener feeling lonelier than before they listened to the song

Evan – Another hype/darker beat with a piano intro. NF really doesn’t change his flow and I’m not sure if he can and it definitely hurts the replay value of not only this song but the whole album. I think I just like sleep too much to give this song a high rating

Nathan – In Face it, NF addresses the fact that he has issues that he doesn’t know how to deal with. The song feels like a little bit of an album filler though and doesn’t really add anything to the album at this point

Evan – The simularity of the production in all these songs starts to show and it gets old and besides being slower NFs flow isn’t anything new at all.

Nathan – The theme of Motivated is very similar to Intro and All I have. I do appreciate NFs lyrical wordplay on this track, which is the only reason I have it at a 7, otherwise it doesn’t bring much new to the album.

Evan – Another hype track with rock influences simular to Manifest. His writing is very creative (something we haven’t really seen besides in “Mansion) and he really introduces his “angry rapping” which has become his signature. The hook is super annoying so consider yourself warned.

Nathan – An interesting song about how NF started writing songs, and how much he’s grown since he started. Also touches on how much of a release songwriting is for Nathan. Real simple beat and lyrics fitthe song well.

Evan – There’s a lot of repetion in “Notepad” the beat is pretty much the same throughout the entire song and NF doesn’t change his flow up at all. It’s an interesting topic that he is speaking on as there’s mystery to who he is writing to but its a nice reflection on his past and how long he has been doing this.

Nathan – Turn the music up is, put simply, a hype song. NF seems to be focused on 1 or 2 ideas by this point in the album, which results in a repetitive feel. Turn the music up follows that method and doesn’t shine in any particular way.

Evan – This song is purely for getting hype with its borderline dance beat. NF only has one verse but he kills it as he almost begs you to “turn the music up”.

Nathan – Basically a better Wake Up, NF pours out his emptiness for his listeners and writes lyrics that a lot of us can relate to.

Evan – NF showcases his vocals which are surprisingly decent. But, again he only has one verse that leaves you thinking “thats it?”.

Nathan – A welcome switch up at this point, the guitar and hook give this song a worship feel, and it’s a nice break from the grittiness of Mansion. NF finally gives us a little hope and departs from his typical flow and production.

Evan – A nice switch with the production as its mainly just guitars and a piano. The hook is nice and NF is real in his lyrics.

Nathan – Britt Nicole has an excellent feature as the two give us a soulful cry for help and do an excellent job assisting each other’s voices. The song doesn’t really answer a lot of the questions asked throughout the album, but maybe NF wanted the listener to find out the answers for themselves.

Evan – I’m not really sure if you can call this a rap song because NF doesn’t do much rapping and when he does its pretty shallow lyrically. Nonetheless  the hook is very nice throughout the song and the production fits very well going from soft to big and back again.

Nathan – NF’s Debut album leaves us with a lot of questions, but not a lot of answers. The album struggles from a lot of recurring ideas that tend to make the album feel a little lifeless. NF does flash a lot of his talent on this album, but that’s the big issue, they’re only flashes. Overall NF shows promise, but comes up short in his first go around.
Evan – NF flashes in his debute record. Mansion is a great song but a lot of this album feels regurgitated and NF is not consistent with his writing and I feel like he could have done more. What he is consistent with is his production and flow which he does not change much if ever .