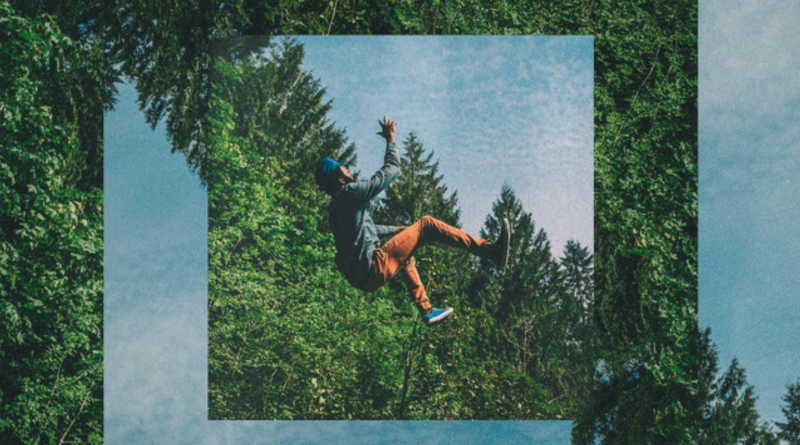 Overview 7.75/10
Evan – JGivens is one of the best lyricist in CHH right now. This album proves that. His production is unique and experimental as he combines a west coast flavor with darker rock and trap undertones. This album is really underrated and anyone who hasn’t given it a listen is doing themselves a disservice.
Nathan – Fly Exam is a lyrical playground that deserves more recognition in CHH than its gotten. If you’re looking for a production heavy album then this isn’t for you, as Givens was clearly focused on writing over producing. Now don’t take that as a knock on the production, as fly exam is still produced very well (see Lost In Space, butterfly stance). Givens gives us a lyrical treat in Fly Exam and seems to achieve exactly what he wanted to with the album.


Ignorantro 7.25
Evan – Jgivens kicks off the album with a gritty 90s feel, he sets the bar high lyrically for the rest of the album but the production is repetitive.
Nathan – Givens intro to Fly Exam, Ignorantro, Givens sets the lyrical style for the album. Nothing too special about the track, but still a solid opener.
Butterfly Stance 7.75

Evan – Givens follows up with a darker song production wise while still maintaining his lyrical edge.
Nathan – At two minutes, Butterfly stance is a short song, and that’s really my only complaint. The production is very stimulating and the hook is solid, which could’ve added up to an excellent song if longer.
Fahrenheit 99 7.5

Evan – Very Kendrick like song with the chill production and fluid flow not to mention another solid hook.
Nathan – Givens really goes in lyrically on this track over a simpler beat. The hook isn’t really a hook, just more bars. Givens takes us on a trip through outer space and mellow vibes in this song.
So Fly 7.5

Evan – Givens has a great flow in this one and beleaf impresses with his verse but the three word hook gets repeated over and over again.
Nathan – So Fly starts out like the last song, but the second half of the song gets a little repetitive after beleafs strong verse.
10 2 Get In 8

Evan – Along the same lines of “So Fly” Givens and Odd Thomas both have great verses over a laid back beat. The hook isn’t repetitive this time around which improves the replay value.
Nathan – Lyrical wordplay and excellent flow patterns really bring this song up a notch. Odd Thomas matches Givens lyrical proficiency extremely well.
Attack Of The Clones 7.75

Evan – The unique production provides a differnt feel to the album that we havent heard yet. Jackie and Givez both have good features as Givez shows off his vocals.
Nathan – More space vibes, the only negative with this song is a weird change of production at the end of the hook, which can pull the listener out of the experience a little. Otherwise a solid song.
Fly Exam 8

Evan – Another experimental production trip as Givens goes hard with his sick flow and doesn’t shy away from having deep thought provoking lyrics.
Nathan – Production ramps up in this song and Givens speeds up his flow which both result in a nice change of pace. Although again a shorter song at 2 minutes.
Lost In Space 8.25

Evan – Darker beat than usual with deep bass undertones. Givens doesn’t have a great verse but its still solid and Marz Ferrer provides a good hook.
Nathan – Probably my favorite production on the album, Lost in Space is a solid song from start to finish. The hook, the flow, the lyrics, they all work together to create one of the best songs on the album.

Evan – Givens gives us boarder line lyrical excellence in Hummingbird Stance with more laid back production but he really focuses on his lyrics here.
Nathan – Givens weaves together a story like lyrical trip that still touches on some deeper subjects. It’s nearly impossible to not be impressed by the wordplay in this song and may take a few listens to grasp and really appreciate the lyrics in Hummingbird Stance.
Super Lowkey 8

Evan – Super lowkey has more gutair riffs which is becoming a trend in Fly Exam and is again a trippy track. Givens is great flow wise and lyrically.
Nathan – Super lowkey has a little bit of a dream junkies vibe, although he still delivers his signature style at the same time. A good song with nice production to go with engaging lyrics.
Take Off With Me 7.75

Givez impresses with his hook and verse while Givens keeps having great verses lyrically and flow wise. The production is week but I don’t think it was intended to be anything special.
Nathan – Givens and Givez team up for a bar heavy song over a laid back beat, Givez verses is one of the best features on the album, love the switch up towards the end as well.
March 10th and a Third 7.25

Evan – Braille has a good verse as well as  Givens but he has better on the album. Again lyrics and flow over production.
Nathan – March 10th and a 3rd doesn’t really bring anything new to Fly Exam, but it’s not quite an album filler as its still a thought provoking lyrical outing.
They Said There’d Be Jetpacks 7.25