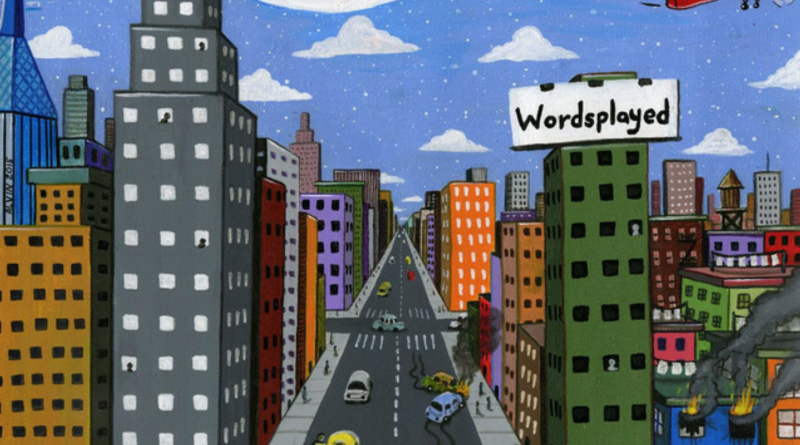 Nathan – Wordsplayed’s first EP, Clowntown, does an solid job of introducing his trap heavy style to CHH, but it could’ve benefited from some more diversity. Overall though Clowntown seems to be a promising sign of things to come for Wordsplayed.

Evan – Wordsplayed burst on to the CHH scene with Martinelli and he didn’t disappoint with his EP Clowntown. Bringing a trap style to CHH the production is unique as no two songs are identical (a trend I wish more artist would follow). The only knock I have against Clowntown is the lyrical content. I understand Wordsplayed is introducing himself to the CHH world and wants to make a good impression, but because his style is unique to CHH W.P. is already distinguished among his peers. Not only that, but because he is different from the rest of Christian music you can expect him to gain popularity outside of Christian circles. All this to say, Wordsplayed has a very unique opportunity to speak to a secular fan base and I think he should take advantage of it with a more serious message that address issues in our culture.

Nathan – Wordsplayed introduces us to his trap heavy style and flow. Dope song that’s not meant to be too deep, but solid introduction to the album.

Evan – Wordsplayed starts off with a hype trap track to set the tone for the rest of the EP. Gawvi killed the beat and W.P. flowed nicely with it.
Clowntown 7.75


Summer out in Cali 7

Nathan – After two harder beats, Wordsplayed takes a slower beat this time, I like the switch up, but the execution holds the track back a little bit.

Evan – Its a chill beat but it doesn’t fit W.P. harder lyrical style or flow that well.

Nathan – For a lot of people, this was Wordsplayeds introduction to CHH, one his best out to this point.  Andy has an excellent feature as well which adds another layer to the track.

Evan – Hype and fun, Marinelli will have you jamming out no matter where you are. Andy has a great feature and the beat is on point.

Nathan – More of a west coast vibe, 52 has some good elements, but overall, feels a bit incomplete as a whole.

Nathan – I enjoyed this song, but it drags out too long, feeling a bit repetitive.

Evan – Its solid but nothing more. W.P. flow and lyrics are decent over a very repetitive beat. Seems like he missed the mark on this one.

Nathan – Gawvi brings some really spot on production, overall one of the most complete and solid tracks on the album.

Evan – With an amazing hook and beat Against All Adz is one of the best songs on the album. W.P. is solid with his flow.